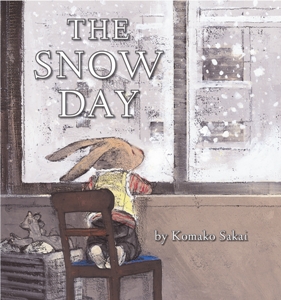 Written and Illustrated by: Komako Sakai

Published by: Arthur A. Levine Books


I have been saving this book for weeks! I thought that there would be snow by now. Last year there were 4 days with snow that stayed on the ground, but this year, nada. When I picked this up in January at my local bookshop I hid it from my kids hoping to have something to read to them on the inevitable snow day. You see, when it snows so much it sticks on the ground (like in October in Canada) people don't even think of driving and school is cancelled.  As much as I like to make fun, we had our own snow days in Canada, and I don't want to be on the road with a bunch of people with summer tires and no winter driving experience!

Today there were flakes of snow, and I think this might be our last snow of the year. There was not enough to do much other than make the light look pretty, which means no snow angels but also no shoveling!

Still, we had a lazy day at home that included board games, hot cocoa, and curling up in front of the fan heater with this book.

A snow day keeps a kindergarten student home in his apartment with his mother. No matter the excitements she plans, nothing takes away the yearning of this little bunny to go outside when it stops snowing. Even a trip to snowy the balcony cannot cure the bunny's case of cabin fever. But eventually the snow stops and the bunny gets to step into the night and enjoy his freedom for a moment.

Sakai's illustrations are adorable and show some real love between the mother and child. Funny how she captures the urban Japanese lifestyle so well even without much time our and about in the city!

I personally love this little vignette- in Canada we'd be curled up in front of the fire but here in Japan it's a fan heater just like this one. Mama Rabbit is sitting properly on her knees in seiza but little Bunny has his legs whatever way is comfy. No sofa-sitting either, that takes you too far away from the heat! 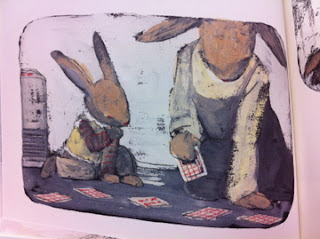 It seems that this book is translated from the original Japanese book called ゆきがやんだら (Yuki ga yandara, When it Stops Snowing). I'll be looking for that in my local library.

This has been a relatively warm winter, have you had a snow day? Do you have memories of snow days as a child?