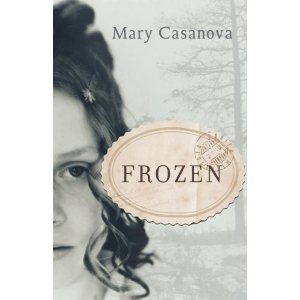 Published by: University Of Minnesota Press


This is a coming-of-age story for a teenage girl, who is mute after childhood trauma, has mixed feelings toward her foster parents and especially her foster father's politics. She sets out to solve the mystery of what happened to her mother, and gets involved with environmental activists and makes a friend who is dealing with what is probably bipolar disorder.

Sounds like a very modern YA book, right? Actually, it's a historical novel, taking place in the 1920s at the beginning of prohibition.

Sadie Rose is a likeable character who has a lot of gumption. The supporting characters, from her friend who gets involved with dangerous bootleggers to the Norwegian caretakers are also interesting and fleshed out well.

The environmental concerns brought up by the book have kept me thinking. We've been brought up to think that Hydro is a fantastic renewable resource and one of the best sources of energy that is good for the environment. Certainly it's safer than coal or nuclear. But it extracts its own price from the environment when a dam is built, and this book got me thinking about the human face of that issue.

This would be a great book for teens making their first venture into historical fiction.

Email ThisBlogThis!Share to TwitterShare to FacebookShare to Pinterest
Labels: historical fiction, YA