What's on your ereader this week?

I am reading Ashfall by Mike Mullin. I bought this originally a year ago when it first came out. I read the first couple of pages and was scared out of my mind.

Not by the writing, that's great, but by the subject matter. It's about a supervolcano eruption that basically ruins the atmosphere, and how a teenage boy escapes to look for his family.

Post-apocalyptic fiction is eery but has never been this frightening to me before. See, I live very close to one of the most active volcanoes in the world. It spews ash about 3 times a day right now, and some of that lands on our house. I am extremely aware of how dangerous it would be if it erupted on a large scale. But I don't want to think about being separated from my kids and having to deal with the aftermath!

Once I got past my fear of the book being about my kids though, I really liked it. It's a really well-written YA novel with very likeable characters. The descriptions of the ash etc. seem really realistic too. Alex and Darla are complementary and strong teens who I am totally rooting for! Of course I know that I have an ARC of the second book, to be released in a couple weeks, so I know things don't completely end. That helps with the fear! 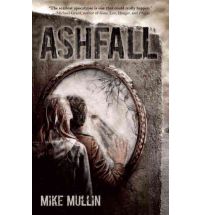 My son is reading an easy reader called I Like Bugs. So nice that he picks it up on his own to entertain his sister! 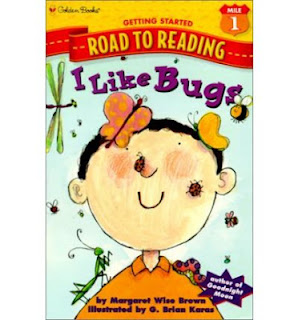 What are you and your family reading this week?
Posted by Perogyo on Wednesday, October 03, 2012