Welcome to Nonfiction Monday, a weekly roundup of the best nonfiction kidlit book reviews on the web.

Tammy at Apples with Many Seeds has a fantastic book that covers the collective nouns for a number of animals, including "an implausibility of gnus." It's called A Zeal of Zebras. 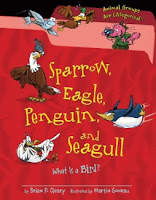 Jeff at NC Teacher Stuff introduces us to the world of our feathered friends with Sparrow, Eagle, Penguin, and Seagull: What is a Bird? The book uses humor and rhyme to book explore the characteristics that qualify an animal to be a bird. As usual, Jeff also suggests great ways to use the books with kids.

100 Scope Notes features an early reader that details the inside out of castles, called Castle: How It Works. Since the book is from "master explainer" David Macauley, and appeals to a wide range of readers. 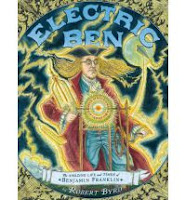 One of the most fascinating characters in history is Ben Franklin. Amy at Hope is the Word has a great new picture book biography of this multifaceted man called Electric Ben. 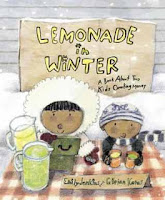 For the math-inclined, Jennifer at the Jean Little Library features a book that introduces money concepts and entrepreneurship, called Lemonade in Winter. 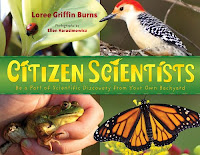 If you are looking for a book that will make kids excited about experiments, look no further than MotherReader, who reviewed Citizen Scientists. 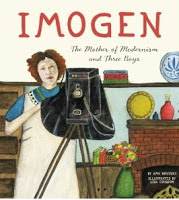 At True Tales & A Cherry on Top, Jeanne features Imogen: The Mother of Modernism and Three Boys. She says "This lovely new picture book biography by Amy Novesky shares the inspiring story of the photographer, Imogen Cunningham, who followed her passion. As Imogen said, "You can't expect things to be smooth and easy and beautiful. You just have to work, find your way out, and do anything you can yourself." 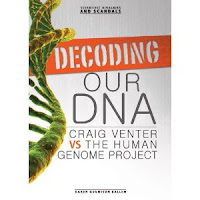 It's Thanksgiving in the US this week, and many families will be gathering. On that theme, Anastasia at Booktalking features a book that shows how scientists discovered shared DNA, Decoding Our DNA: Craig Venter Vs the Human Genome Project. 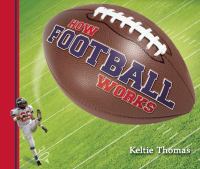 Iron Guy Carl at Boys Rock, Boys Read is also in the Thanksgiving mood, giving thanks for American football! He introduces 3 different football books for upper elementary kids, including How Football Works and NFC South. 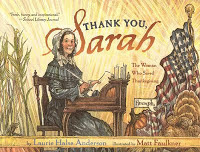 Roberta at Wrapped in Foil takes the Thanksgiving theme a step farther, with 3 books about the holiday, including Thank You, Sarah: The Woman Who Saved Thanksgiving, Balloons over Broadway: The True Story of the Puppeteer of Macy’s Parade, and Giving Thanks: A Native American Good Morning Message. She even suggests an activity related to each book, for which I am thankful! 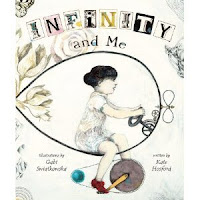 Shirley at Simply Science is a nonfiction kidlit legend. She has certainly inspired me, and I have used a number of her suggestions to introduce scientific concepts to my kids. So it is bittersweet to know that her review of a book that does a good job of introducing the concept of infinity to children, Infinity and Me, is her last. I wish her well in her writing career, and hope she stops in to the blog to update us from time to time. 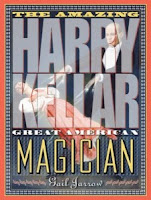 Bookends introduces a magician who inspired Harry Houdini as well as a common core curriculum idea in their post about The Amazing Harry Kellar: Great American Magician by Gail Jarrow. 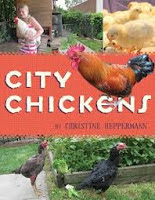 At Sal's Fiction Addiction, Sally introduces some fascinating people who care for rescue chickens in City Chickens. It's in verse too! 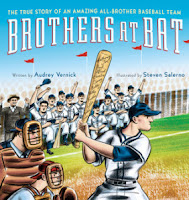 Nonfiction sports books aren't limited to football this week. Amelia at Challenging the Bookworm reviews Brothers at Bat, which tells the true story of 12 (of 16!) brothers who played baseball, and all got inducted to the US National Baseball Hall of Fame! 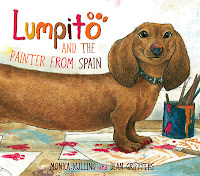 Here at Perogies & Gyoza I have a review of Lumpito and the Painter from Spain, a simple introduction to Pablo Picasso and a dog he loved.

Don't forget to check out Nonfiction Monday next week, November 26, at The Miss Rumphius Effect.