That doesn't mean he's getting spring break though, I'm cruel like that. I know that we will lose a lot of study time once elementary soccer starts up and I really have no idea what the rest of our schedule will be like. I am hoping that most of his homework will be done at afterschool club but that may not be the case. So I don't want to waste this time while I have it. We started on his first grade curriculum last week, but I will write more about that in a future post.

I put together the kindergarten curriculum last year, and implemented it from April to March, with a 2-week break in February when we went to the US (and the kids got to use English with people other than me.) I followed the plan but made some changes and additions.

According to the British Columbia kindergarten curriculum he has met all the targets, but getting there sometimes takes work. I especially have trouble with evaluating some parts of his language development, especially those parameters that relate to groupwork. I've actually been quite lucky i that his teacher, despite being busy with 35 kids in his class, is very supportive and is quick to respond when I ask how Spinky is in class.

I had planned to use Teach Your Child To Read in 100 Lessons and then the Big Kindergarten Workbook. I expected to be finished TYCTR about halfway through the year. However both these plans changed.

TYCTR took a lot longer to get through than I had expected. I really tried hard to limit our English time to 20 minutes so there would be no burnout. This meant most lessons after Lesson 50 took place over 2 days. So basically we got through one lesson a week, as the other days we were focussing on other workbooks, social studies, or journalling.

The actual set up of Teach Your Child To Read in 100 Lessons was quite different than I had expected. Instead of there being a teacher's/parent's guide separately in the back of the book, the instructions to the parent were right there in smaller font than the task for the child. I thought it would be confusing but actually it worked quite well. We did however skip the writing parts at the end of each lesson and focused on that in workbooks. My son would be able to read words like "singing" but the writing task would be to write single letters only. I think that the writing should be at a slightly higher level to be more in tune with the reading task. 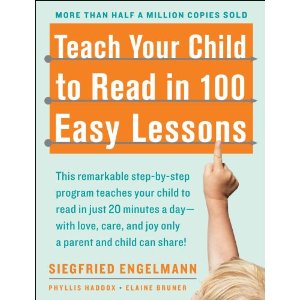 For workbooks, I found that the Big Kindergarten workbook was very similar to the Big Preschool workbook, which he had completed the year before. It was good but he needed a little more challenge. I had found two Canadian workbooks and we replaced Big with these.

The first is Complete Early Skills for Kindergarten. There is an American and a Canadian version. At the kindergarten level there is not much in the way of spelling differences, but it does introduce money and not only do they do it with dimes and nickels, but those have the Canadian coin images on them. It might not seem like much bu these little things are important to me as a Canadian abroad. This was very similar to the Big workbook but a little more challenging. My daughter is also working her way through the Complete Early Skills for Preschool book. 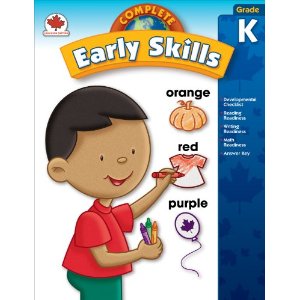 When he was done that we moved onto the Summer Bridge workbook for Kindergarten to Grade 1. This was my son's favourite of all the books we used. Probably because he already knew the material so he just breezed through them all! But also, I think that the setup was important and really worked for him. On each day there are two lesson pages, a language arts page and a math page. My son thinks math is the reward. :) So he was happy to get through one page of LA then have his reward right there. I think this might possibly be because I don't care whether or not he does the math, he'll learn that in school anyway! If only I could fake this for reverse psychology for English! 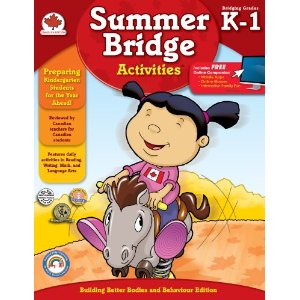 Sometimes when there is a target he needs to reach or a grammar point I want him to learn, these workbooks don't cut it. That's when I have turned to Lesson Pathways. This is a free homeschooling and afterschooling resource with hundreds of lesson plans on the web. I plan to use this a lot more for Grade 1!

That's a bit about what we have been doing. I'd love to hear about your afterschooling plans. Have your plans matched reality? What resources do you use?