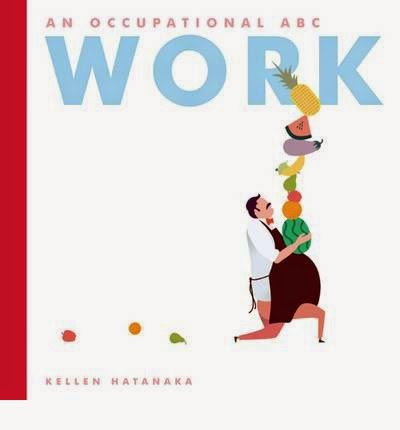 Written and Illustrated by: Kellen Hatanaka

This ABC book is not as simple as it appears. It pays homage to a variety of occupations, opening up the vocabulary of the toddler audience as well as their imagination.

Hatanaka's illustrations seem like they are straight out of a mid-century classic.

The mid-century-esque illustrations make this seem like a book that shows things have been possible in the past, so you can be a vibraphonist if you want! It all looks so much more interesting than being a desk jockey.

Email ThisBlogThis!Share to TwitterShare to FacebookShare to Pinterest
Labels: ages 3+